We Answer Your Question: What Is Premature Labour?

The process of birthing a baby is known as labour. When it occurs prior to the 37th week of gestation, labour is considered premature. Labour generally starts by itself whenever the mother’s body decides it is time for baby to be born, but premature labour is a concern for both baby and mother. If you have ever found yourself asking, ‘what is premature labour?’, this guide is intended for you. We will explain everything you need to know about it. 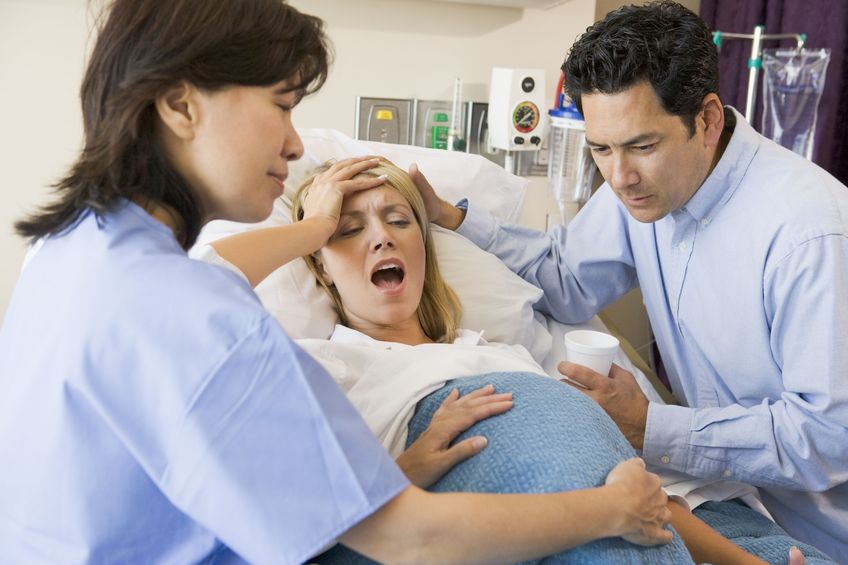 Again, remember that labour is considered premature if it occurs at any point prior to the 37th week. Going into labour prematurely does not necessarily mean a baby’s life is in immediate danger, nor does it mean that there is something specifically wrong with the baby. Only after labour and delivery are complete can doctors and nurses perform a thorough medical exam to determine the status of both mother and child.

What are the signs of labour?

The first thing to know about premature labour are the many signs that suggest it is either imminent or already occurring. Fortunately, the signs of labour are fairly consistent whether a baby is born prematurely or on schedule. Some of the most easily recognised signs are as follows:

In terms of contractions, mothers experiencing early labour should notice regular, strong contractions that last more than 30 seconds. As labour progresses, contractions should get stronger, last longer, and occur more frequently. The most telling sign is that the contractions are spaced apart at even increments.

It should be pointed out that unexpected premature labour does not result in the birth of the baby in every instance. If doctors believe that there are no pending health issues that warrant immediate delivery, they may give a mother prescription medications designed to stop contractions. Success gives doctors time to implement steroid therapy to help mitigate some of the risks of a potential premature delivery.

There are times when doctors know well in advance that a mother is at high risk of premature delivery. In such cases, mothers are referred to hospitals with neonatal units where premature babies can be given proper care. Those mothers are admitted at whatever point their doctors believe it to be necessary.

What premature labour concerns should I be aware of?

As a mother at high risk of delivering prematurely, it’s not enough just to know what premature labour is. She also needs to know the concerns involved. We begin with the possibility of the baby being born at a hospital without sufficient neonatal capabilities.

The risks associated with being unable to adequately care for premature babies are partly behind the medical community’s urging of pregnant women to receive regular care from their doctors. Mothers who do not receive that care are not likely to know if they are at risk and, as a result, do not get that referral to a hospital with a neonatal unit.

Some of the other concerns related to premature labour include:

There are other concerns associated with disabilities. However, these concerns are best left to individual assessment. Any mother experiencing labour prematurely should ask doctors and nurses for a thorough explanation of any and all disability concerns.

If you are not sure what premature labour is all about, you may assume one of two extremes: that doctors always try to stop labour or that they always allow labour to continue unimpeded. In fact, doctors have to make such determinations on a case-by-case basis. In short, deciding whether to allow premature labour to progress depends on the current circumstances.

It is rare for doctors to try to stop delivery if it occurs after the 34th week. In the vast majority of such cases, baby will be born without any serious complications or danger to the mother. Most babies born after the 34th week will not even be admitted to the neonatal unit. They can receive adequate care in a standard postnatal environment.

In situations where labour occurs prior to 34 weeks, doctors have to consider a lengthy list of potential concerns. Breathing capacity, feeding capacity and birth weight are just three examples. If doctors believe that the risks are not sufficient enough to warrant stopping labour, they may decide to let it continue under medical supervision.

What happens after baby is delivered?

Doctors may decide to proceed after assessing what premature labour and delivery mean for both mother and baby. In such cases, advance preparations are made for providing medical care to both. Should no serious medical complications arise, both mother and baby will be cared for in a postnatal unit prior to being sent home. Otherwise, a number of other options are possible.

Babies with mild to moderate health concerns will remain in a postnatal ward or be moved to a transitional care unit – perhaps the special care baby unit (SCBU) for example. The baby will be treated and monitored over the course of a few days to a few weeks.

When medical complications are severe or imminently life-threatening, baby will be transferred to a neonatal intensive care unit (NICU). Not all hospitals in the UK are equipped with such units, which is why doctors prefer to make advance preparations for mothers who show an unusually elevated risk of premature delivery.

Babies admitted to the NICU receive all the specialised care they need for as long as it takes. Parents are encouraged to remain at the unit and participating in the baby’s care. During that time, parents will also learn about the child’s prognosis, how they can help to improve long-term outcomes, and what they can expect when it is time to take baby home.

Is there anything else I should know?

If you have been asking, “what is premature labour?’, the last thing you need to know is that knowledge is power. Do not be afraid to ask questions of your doctor during pregnancy. Once labour has started and you’re in the hospital, continue to ask questions of your entire health care team. Knowing exactly what is going on will help you remain calm and focused during what could otherwise be a very stressful time.

Please note that premature labour is more common in the UK than most people realise. In fact, as many as 60,000 premature babies are born in the UK every year. Thankfully, survival rates for babies born at or after 25 weeks has increased to about 80%. We are making very good progress thanks to advances in medical science and our own cumulative knowledge.