What to Expect During Premature Labour

Premature labour and birth are more common in the UK than most people realise. In fact, roughly 8% of our children are born prematurely. Most will survive and thrive – especially those born after 27 weeks – thanks to advances in medicine and the incredible care provided by the doctors and nurses who specialise in premature births. 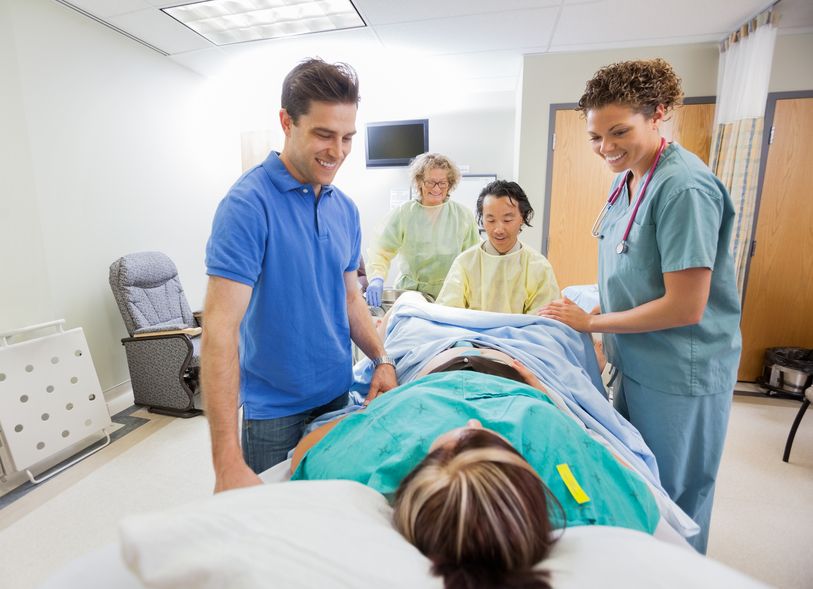 Knowing all of this may not help you if you suddenly, without warning, enter premature labour. The stress of going into labour earlier than expected can lead to all sorts of emotional reactions, ranging from moderate worry to extreme fear. Just try to remember that getting yourself to a hospital as quickly as possible affords you and your baby the opportunity to receive the best care.

A normal pregnancy lasts about 40 weeks. Doctors can only estimate a mother’s due date because it is based on when her last period occurred. Estimating due dates is by no means an accurate endeavour. As for premature labour and birth, it is defined as that which occurs prior to 37 weeks. The medical guidelines give that three-week window to account for an inaccurate due date estimate.

The majority of premature babies born in the UK arrive between the 32nd and 37th week. Chances of survival are very good for these children. You should know that babies born as early as 23 weeks can survive as well, but survival rates do go down the earlier a baby is born.

Most mothers can expect to experience normal labour symptoms even in a premature scenario. Those symptoms include backache, labour pains, pressure on the pelvis, increased need to urinate, vaginal discharge, and nausea, vomiting and diarrhoea. Having said that, some of the symptoms may manifest themselves differently depending on what causes premature labour to start.

For example, a mother whose labour starts prematurely due to some sort of trauma to herself or the baby may experience a sudden breaking of the waters that results in a fast and immediate discharge of amniotic fluid. Conversely, a mother whose premature labour is initiated by an infection may experience unusually intense backache or cramping pains. If at any time before 37 weeks a mother is concerned she might be going into labour, a call to the doctor or midwife is in order.

What to Expect at the Hospital

Should a doctor or midwife direct the mother to go to the hospital, and that is almost always the case when premature labour is likely, mum can expect to be met by a healthcare team that knows just what to do. The team will conduct an initial exam to determine if labour is indeed under way. If it is, they will also attempt to determine what has caused labour prematurely.

Mum will usually be given prescription medications in an effort to stabilise her and slow down labour so that steroids can be administered. The purpose of the steroids is to prevent complications that may arise as a result of premature birth. Obviously, the medications and steroids given will depend on how far along labour is and whether the medical team can figure out what is causing it.

Almost every premature baby will have to undergo a battery of medical tests and exams to determine the child’s health. Some of those tests may take place during labour. For example, blood may be drawn and tested for platelet and haemoglobin levels to determine whether infection is present or not.

Mother should also be aware that certain tests and examinations may reveal that it is unsafe to deliver a baby naturally. The only safe alternative may be a caesarean section, a surgical procedure in which the baby is delivered through an incision made in the mother’s uterus.

After delivery is complete, mum may or may not have an opportunity to hold her child as would be the case with a healthy, full-term delivery. It all depends on whether the baby’s life is at immediate risk. At any rate, it will not be long after the birthing process is complete that the baby is taken away to begin receiving medical care.

What to Expect from Hospital Staff

A premature labour scenario is a potentially serious scenario for both mother and baby. Therefore, mothers can expect hospital staff to be extremely attentive. Doctors and nurses will ask a lot of questions, repeat some questions multiple times, and continually check vital signs. Nursing staff will seek to make mum as comfortable as possible throughout the process.

If dad or another family member did not bring mum to the hospital, staff will make every attempt to make contact so that mum does not have to go through labour and delivery alone. And if a midwife is involved, she will make her way to the hospital as well.

Premature labour and delivery are obviously not ideal situations. The best bet for both mother and baby is to get to the hospital as soon as labour starts in order to have access to the best possible care. Hopefully, all ends well. Should baby not make it, hospital staff will provide whatever assistance they can to get things settled.