What is the premature baby survival rate

Giving birth prematurely can be one of the most frightening experiences a mother can go through. One of the first things mum and dad start thinking about as soon as they learn baby is on the way early is whether their little one will survive. Once the baby is born, thoughts turn to what will be necessary to sustain that precious little life in the hours, days and weeks to come. 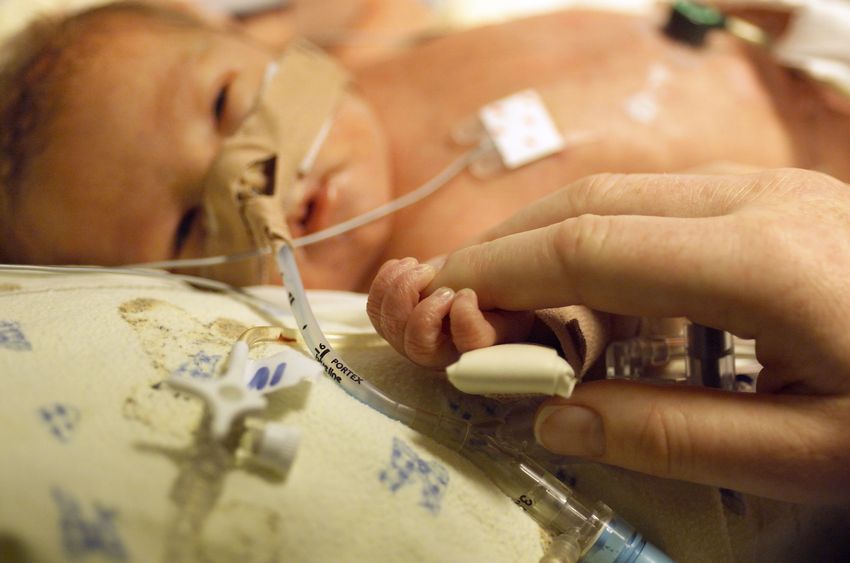 Before getting into the actual premature baby survival rates, it is important to first establish some baselines. Clinically speaking, any baby born prior to the 37th week of pregnancy is considered premature. An average full-term pregnancy can be anywhere between 37 and 42 weeks in length.

The 23-week mark is generally the cut-off point at which doctors will be willing to take extraordinary measures to help a pre-term baby survive. In other words, a birth at any point before the 23rd week is subject to survival rates near zero. Only in rare cases will doctors attempt to keep children born under these circumstances alive. To what lengths doctors will go after the 23rd week depends on how early the pregnancy is, the health of mother and baby, and any potential complications that may arise.

Below are average survival rates, expressed in weeks, for premature babies born in England:

Once a baby makes it to the 30th week, the chances of survival are in excess of 90%. A premature baby born in week 37 is essentially a full-term baby with the exception of a lower birth weight. Such late-term premature births have survival rates more than 90%.

We might point out that the average twin pregnancy only lasts about 36 weeks while triplets tend to be born at 32 weeks and quadruplets at 30 weeks. Some 60% of all twins are born prematurely while 90% of triplets are pre-term. We say all that to say this: the high survival rate of twins and triplets is a testament to the reality that premature birth is not nearly as risky as it was in past generations. We now have the knowledge and resources to treat premature babies in ways that not only increase the chances of survival but allow children to go on to enjoy long and productive lives.

Whether a premature baby survives outside of the womb or not is no longer a matter of guesswork. Through decades of research and case studies, medical science has identified the most critical factors that influence outcomes. For example, birth weight tends to be a very strong indicator of survival. The higher a baby’s weight at birth, the greater the chances of survival – and vice versa.

Other important factors include:

Assuming that a premature baby does survive, there are also the risks of medical complications and long-term disabilities. Once again, the same risk factors mentioned above also apply here. Take oxygen deprivation, for example.

Complications and disabilities are less common with babies born after the 32-week mark while, on the other end of the scale, roughly 80% of all babies born at 26 weeks will experience some sort of long-term complications. Disabilities can be mild or severe at any stage of labour and delivery. There is no way to know what’s in store for any particular baby until after a complete medical evaluation is performed.

We are thrilled to be able to say that premature baby survival rates are rising in the UK. In England alone, the survival rate increased from 53% in 2006 to nearly 80% in 2011. That’s very good news. If you are planning to become a first-time parent in the near future, understand that the risk of premature birth is always present. But also know that modern medical science is more equipped than ever before to handle these births.

Should you have any questions about premature birth and its risks, please don’t be afraid to discuss things with your midwife or doctor. The more you know, the better equipped you will be should your pregnancy end with pre-term labour and delivery.