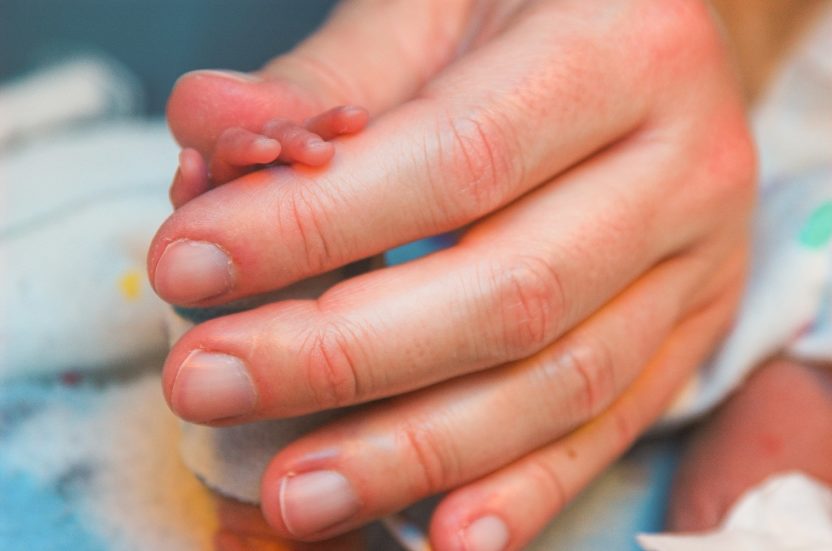 Even more miraculous is the fact that despite his early birth, Frankie never suffered any of the complications experienced by most other babies born that early. He is proof that miracles do happen.

According to a 29th April (2018) story published by The Sun, Frankie’s original due date was not until mid-January. His mother’s pregnancy seemed to be going along just fine until she went into premature labour in September. Mum was taken to St Peter’s Hospital in Surrey where she delivered Frankie at 24 weeks and 1 day. At his birth, however, the prognosis was not good. Nurses described little Frankie as being in very poor condition. His parents were preparing to say goodbye.

Babies born at 24 weeks have just a 50-50 chance of survival, according to experts. Imagine being a new parent and hearing those words from a doctor or nurse. The natural tendency is to assume the worst, and so preparing to say goodbye to Frankie was not out of the ordinary. But Frankie would have none of it. From the moment he was resuscitated, he began proving he had the will to survive.

Frankie remained in the hospital for several months of treatments. He was eventually strong enough to go home on Boxing Day, to the obvious delight of his parents and older sister. His arrival at home was the ” best Christmas gift ever”, according to mother Michelle. Frankie is now thriving more than five months after leaving the hospital.

Today, Frankie is a picture of paediatric health. No one expected that to be the case at his birth. Frankie was so small at delivery that he weighed less than a tin of beans. What’s more, low birth weight is the biggest danger that threatens premature babies. If they do not put on weight quickly enough, they can develop complications as a result of body tissues not properly developing. In many cases they die.

Doctors say that Frankie responded very well to his intensive care treatments. He put on weight, he grew right on schedule, and he finally proved he was healthy enough to go home. He is a real fighter in every sense of the term.

There Is Always Hope

If there is one lesson to be learned from Frankie’s story, it’s this: there is always hope. No matter how dire the situation for a premature baby in the hospital, miracles do happen. And thanks to modern medical care and a growing body of knowledge that is helping us care for premature babies more effectively every day, miracles are happening more frequently.

There is no way to know why Frankie survived when other babies born at 24 weeks do not. All we can do is marvel at this miracle child and hope the best for his future. In the meantime, medical science continues working on new and better ways to care for premature babies so as to increase survival rates and minimise complications.

For now, Frankie is believed to be the smallest surviving premature baby in Britain. But who knows? It might be only a matter of time before another baby is born even earlier and at a lower body weight, yet still kept alive by advances in medical science. Frankie is not the only miracle baby in the UK, nor will he be the last one.