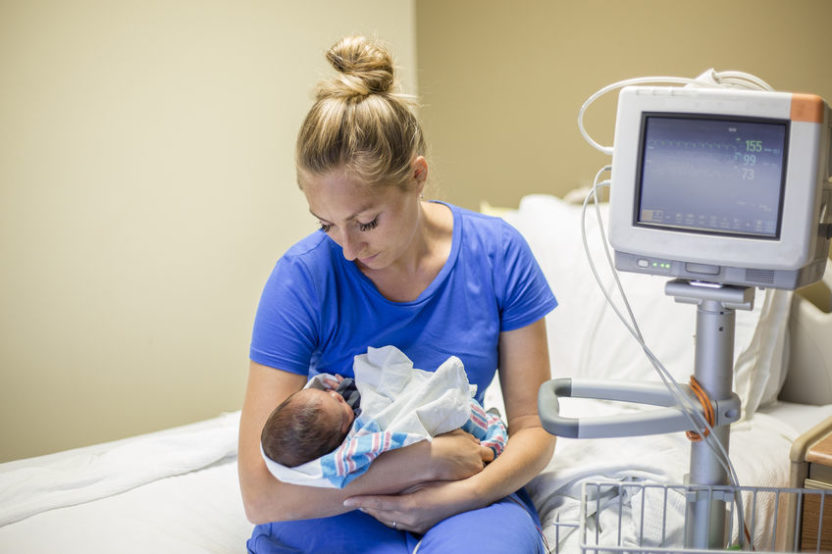 Known as Family Integrated Care (FIC), the protocol seeks to involve the parents of premature babies in the care of their children as quickly as possible. Parents are taught how to feed their babies, bathe them, change their nappies, and even take their temperature. Rather than being mere spectators, parents engaged in the FIC protocol are becoming the primary caregivers of their children on a day-to-day basis.

Though FIC is being tested around the world, it has found a home in Australia. The Daily Mail recently profiled one example of the protocol’s success. According to Professor Kei Lui of the Royal Hospital in Randwick, Sydney, the results of Australia’s programme are hard to deny. Prof Lui points to little Georgina Harris as an example.

Georgina weighed just 975 g when she was born at 32 weeks. She was so small and fragile that her parents were afraid to touch her, let alone actually pick her up and hold her. But through the encouragement of the nursing staff, mum and dad learned what needed to be done and got involved.

Jodie Harris says that the first time she picked up Georgina she was terrified. And yet, the precious little baby instantly stopped crying and curled up into a foetal position as mum held her tightly to her chest. Now Jodie and Georgina’s father are ready and willing to do anything. According to the Daily Mail, Georgina finally got to go home with her parents after weighing in at 2.5 kg.

Lui says that FIC has not directly proved to increase survival rates, but it definitely does help babies in the neonatal intensive care unit (NICU) thrive. She says that research shows babies whose parents follow FIC put on about 2g per day. Premature babies treated traditionally do not tend put on weight quite as fast.

Proponents of the FIC protocol see it as a win-win for both babies and their parents. Babies seem to be more at ease while being cuddled by mum or dad for up to six hours per day. They respond to their parents’ voices, put on weight faster, and tend to respond better to other treatments.

Where parents are concerned, the FIC protocol has led to a significant drop in their anxieties. It is true that parents are initially anxious when they first begin working with their babies, but that anxiety quickly fades with every feeding and nappy change. Parents who have undergone the FIC protocol tend to be more confident both in the NICU and when they take their babies home.

The Sydney Morning Herald says that the FIC study will continue at various sites around the world for the foreseeable future. However, results from this year’s data have already been published in The Lancet Child & Adolescent Health journal. The data shows the programme is a big success.

The challenge now seems to be convincing more hospitals and government institutions to embrace FIC. If nothing else, implementing FIC requires a significant culture change in the NICU. Hospitals are used to staff members being experts while parents stand by as spectators. Yet researchers say that reluctant hospital staff are as easily convinced as parents once they give the protocol a try.