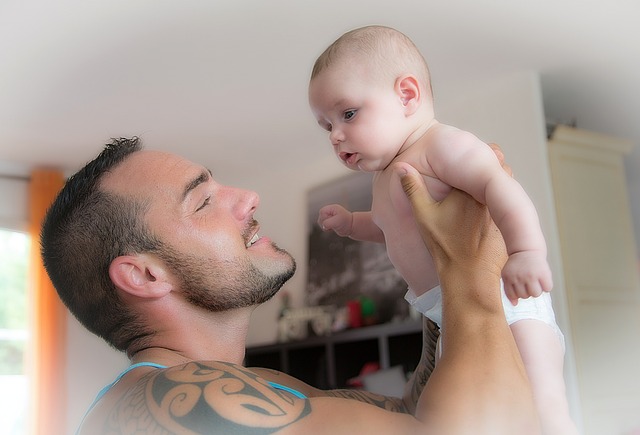 Fathers of Premature Babies Have Higher Stress Levels than Mums

In fact, around 60,000 babies are born prematurely in the UK every single year. A preterm baby is one that is born before thirty-seven weeks gestation, and those born prematurely have a much higher risk of health problems than those who reach full-term.

As you might imagine, going into labour early can be a very stressful time for a pregnant woman. Moreover, stress levels tend to rise the earlier the onset of labour. This is because mum knows the risk of complications and health problems increase the earlier the baby is born.

Survival rates for babies born before twenty-two weeks is almost zero, but this rises to nineteen per cent for those born at twenty-three weeks. Based on this, it is easy to see how the thoughts of a baby being born early can be a terrifying one for expectant parents.

And the worry does not stop there – mothers and fathers that are able to eventually take their premature babies home from the hospital will face a huge amount of worry and stress in the initial days and weeks at home. Surprisingly, a new study has found that it is the fathers of premature babies who face the most stress.

Lead author for the study, Dr Craig Garfield who is an associate professor of paediatrics at Northwestern University’s Feinberg School of Medicine in Chicago said, “Dad goes from a situation where the baby and mum are cared for by experts in the hospital to having to simultaneously care for his baby, partner and work. He is supposed to be the ‘rock’ for his partner, but the stress can really set in.”

The study was published in the Dec 1st issue of the Journal of Perinatal and Neonatal Nursing. During the study, eighty-six parents of premature babies were studied. Samples of their saliva were analysed, and this showed that while their babies were in the NICU (neonatal intensive care unit), their levels of cortisol (the stress hormone), were elevated.

However, while the mother’s stress levels remained stable during the first two weeks of being at home with their baby, the fathers’ levels tended to increase. Dr Garfield said, “One day of being stressed at home is not a big deal. But if a dad’s stress levels are still high after two weeks, that’s more concerning.”

Researchers found that stressed fathers were often unaware of how stressed they actually were, with many reporting to be less stressed than their levels indicated. Dr Garfield emphasised the importance of ensuring that fathers were comfortable with caring for their babies and partners before leaving the hospital. He also said that dads needed to know how to relax, adding, “Dads should be telling the mom to go take a walk, take a shower. But moms can also say, ‘Why don’t you go to the gym, see your friends, meet someone after work?’ as ways to reduce some of the stress.”

He was keen to point out that babies tend to do better when their parents are happy and comfortable. He said that when parents are stressed out, their ability to care for the child can be impaired. He also said that this can have an impact on attachment: “This all is just much more pronounced with medically vulnerable babies leaving the NICU and going home with mom and dad.”