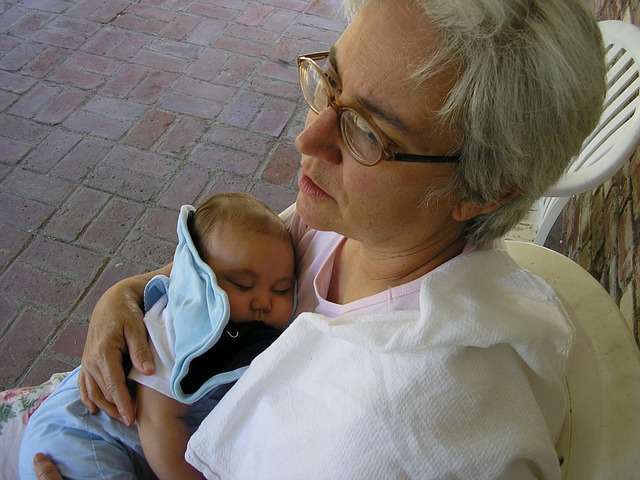 However, there is another group of individuals who can, and should, be brought into the discussion: seniors. There is an easy yet very effective way seniors can help premature babies during the earliest stages of development outside the womb.

So, what can seniors do that is so valuable? They can spend time holding and cuddling premature babies when parents need some time to rest. Numerous studies over the years have shown how babies benefit from skin to skin contact with parents, hospital workers, and volunteers. Now, new studies show that such benefits might be especially important to premature babies.

Medical science has long known that a baby’s brain responds in a certain way to soft, gentle touch. At Nationwide Children’s Hospital in Columbus, Ohio (USA), a group of researchers wanted to look more deeply into this phenomenon by comparing the response in full-term and premature babies. Their research revealed some surprising things.

First, the brains of premature babies do not display as much activity in response to soft touch as their full-term counterparts. Second, the more pain premature babies experience in the days and weeks following delivery, the less likely their brains are to respond excessively to soft touch. And third, brain response to soft and gentle touch is greatest among those preterm babies who spent the most time in physical contact with parents and hospital staff.

Analysis of the data has led researchers to believe that physical contact with premature babies may be vital to brain development in the weeks between delivery and the point at which they ‘catch up’ to full-term development. It appears as though maximising physical contact while in the neonatal intensive care unit is just as important for the premature baby as a medical procedure.

Getting back to the idea of seniors helping premature babies, they are already doing so in some limited circumstances. For example, the Independent recently reported on an 82-year-old volunteer at a Georgia (USA) hospital who is affectionately referred to as the ‘ICU Grandpa’. This wonderful man has plenty of time on his hands now that he’s retired, and he uses some of that time to volunteer at the NICU two days a week.

Every Tuesday and Thursday, David Deutschman heads to the hospital to work as a volunteer ‘baby buddy’. In his role as a volunteer, he simply sits and holds premature babies so that parents can take a break. On more than one occasion, parents have returned to the NICU first thing in the morning after having spent the night at home with other children only to find the ICU Grandpa cuddling with their premature babies.

Anyone Can Do It

UK parents with premature babies have access to all sorts of services and support networks to help them and their children make it through the challenging times. In fact, the amount of support available can be overwhelming at times. The good news is that there is plenty of opportunities for others to get involved. And best of all, anyone can do it.

Any pensioners with extra time on their hands can volunteer to sit and hold babies who so desperately need physical contact. It doesn’t require a university degree, years of experience working in a hospital, or even basic medical training. All it takes is a willingness to sit and hold a baby for a while.